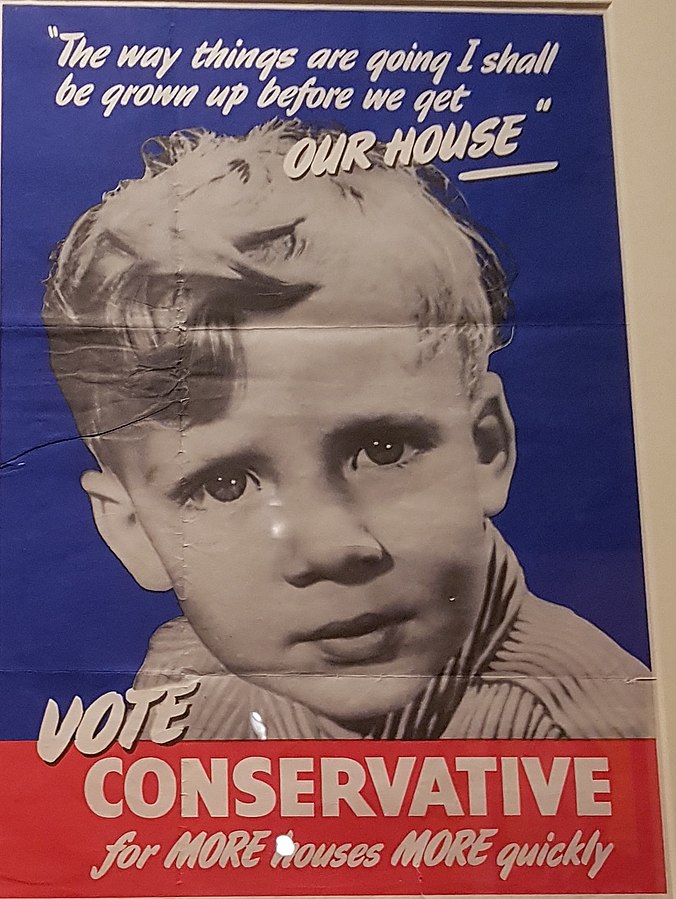 During the 2019 General Election, the United Kingdom saw perhaps one of the most surprising and fascinating shifts in modern electoral history. The nature of this shift shocked many different parties within the United Kingdom to its core. This ‘core’ that had mostly shifted was precisely within the Labour Party’s traditional voting base – that being working class communities, most notably in ‘Northern England’, moving towards the Conservative Party.

For many, the idea of being both working-class and being Conservative would suggest one was being a contradiction and an oxymoron. This is especially relevant when we look at traditional Labour communities (in the political context the so-called ‘Red Wall’) of areas of the United Kingdom, which for the last hundred years have voted consistently for the Labour Party. An example of such a place would be the constituency of Blyth in the Northeast of England. This is a place which has voted for the Labour Party since its inception as a constituency in 1950, until 2019 when Ian Levy beat Susan Dungworth. What this resulted in was Levy becoming the first Conservative member of parliament for the constituency.

Many people have wondered and debated precisely why this has happened. Was it issues concerning Brexit and Euroscepticism? After all, it is a lot easier to get people to go from voting Labour to UKIP to Brexit Party to then voting Conservative rather than the initial jump from Labour to Conservative. Was it therefore due to a lack of Labour’s leadership? Corbyn was universally a nightmare on the door for many Labour Party Canvassers and it might have been the Labour Party’s approach to a wide range of issues (refugees, trans rights and politically correct culture), which has alienated its core voting bloc. This may show that, for some, the majority of the Labour Party had been detached from the day to day experiences and lives of its traditional voting base.

The idea of being working class and being a conservative is no different to the American context of being an African American and being a Republican – a topic often championed by academics like Thomas Sowell, Walter Williams and Shelby Steele who also are the personification of such a claim. The reason for such things is perhaps linked to several different societal ideas of what a set group of individuals ‘should’ be. To some, moving away from such a group would be an act of betrayal of one’s own innate personal identity. To those who think this, being both working class and conservative can be seen for some to be a walking contradiction. This is because Conservatives have traditionally always been observed as the posh, middle class, pro-business side of the United Kingdom. It has always been perceived as being traditionally founded in the South of England, rather than in Greater Manchester or South Yorkshire. In contrast, working-class people have always been depicted to be on the other end of such individuals and rather as victims of deindustrialisation under Margaret Thatcher’s tenure as Prime Minister and her ideology of neoliberalism.

However, if we examine what it means to be working class and conservative do we see a lot of similarities. Working-class people in the United Kingdom tend to be very patriotic, proud and the personification of fidelity. They tend to be more socially conservative regarding certain issues (LGBT) and more ‘hardnosed’ in their outlook towards the world. From this, it may become increasingly evident that the working-class are no different to other people and Conservatives being no different to any other people too. They want similar things. Both the working class and the majority of the Conservative Party wanted Brexit, which we see when we examine what parts of the UK voted for Brexit had been traditionally Labour, the so-called Red Wall and Conservative seats voting for similar things.

The Labour Party since Tony Blair’s landslide victory in 1997 has been gradually declining, with its support from its traditional voting base starting to dwindle. We see this voting turnout dropping in said areas and the rise of mainstream Euroscepticism amongst said communities. The question of why this has happened is an interesting one. Its answer might be because the Labour Party has been accused of abandoning its working-class base and instead merely uses said groups as a tool to profit off.

Shelby Steele used to argue that there is an old formula for gaining and retaining power from others. This involved flaming up and playing into certain groups’ own insecurities around their lives. In addition to this, Booker T Washington would talk about and denounce what he believed to be a certain class of blacks within America (and by extension the West) whose sole function was to profit off keeping the problems being faced by individuals within the general public’s purview. This was an attempt to commercialise victimisation amongst groups, having learnt that they could both profit and gain power from doing so. As a result, certain individuals have universally no reason to seek an end towards such perceived problems that said individuals claim to support. This is because they do not want to lose their chosen job. This would make as much sense as a drug dealer selling Heroin. Walter Williams used to amusingly call such people ‘poverty pimps’, or in the American context, ‘race grifters’. It could be alleged that the Labour Party had fallen into this category who do not want to see these certain groups do well. Why this is the case is because they do not want to lose their jobs or stop gaining sympathy for themselves.

The Labour Party have therefore been accused of being this exact thing by the working-class. This is through a perception of contempt towards the issues that certain communities hold as valuable. As a response to such things, many working-class people have moved away from their traditional party towards the Conservative Party. Maybe we are seeing a new generation of young individuals from certain communities defined by their determination to improve themselves and their way of life.

The question of whether one can be both working class and a conservative is one that has an affirmative answer. As more traditional social ideas of what it means to be a working-class individual or to be a Conservative become more intertwined, the idea will become less and less controversial amongst the public. Like Abraham Lincoln stating that the “dogmas of the quiet past are inadequate to the stormy present”, the world moves further into its uncertain future, with more ideas of what it means to be something. Working-class people and Conservatives alike will be no exception to such developments.