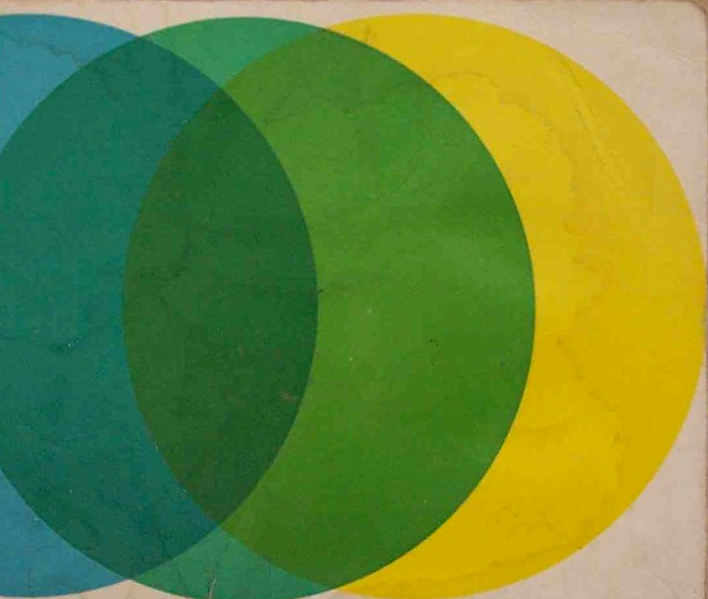 Mental health issues have now become one of the greatest burdens of modern developed society, especially in the UK. Despite the large improvements in living standards in the last century, Britain – like many other nations in its economic and political league – faces an unprecedented obstacle against its psychological well-being. According to the Samaritans 2019 Suicide Statistics Report, there has been a “significant increase in suicide in the UK, the first time since 2013”; the young female suicide rate “now at its highest rate on record” (2019, p. 5). A seperate Mental Health and Wellbeing in England Report conducted by the NHS (2016, p. 8) in 2014 found that “one adult in six had a common mental disorder”, complemented with the conclusion that people suffering from a common mental disorder (CMD) since 2007 were “more likely to use community services and more likely to discuss their mental health with a GP”.

With an abundant amount of dissatisfaction and aggression being made towards the NHS’s services, its own calls for greater funding due to increasing demand, its excessive bureaucracy, and the exacerbating paranoia of it moving towards privatisation – its crediblity is at risk. In short, it is reducing itself to the point of becoming ‘depersonalised’.

Yet, like the British health service itself, those that call for greater accountablity and their desire to be tended to for their mental health problems lack any clear human face to represent them. This is largely through the absence of a organised public movement similar to Extinction Rebellion, the Occupy Movement, or through any strict manifesto. Thus, any current call of action attempting to improve our approach towards mental health is left in a disarry of buzzwords and scaremongering. Yet in a time where a recognition for certain social issues was being established, mental health was not exempted from that list of things that needed to be addressed. That was within the counterculture of the 1960s, and for mental health its leader was a now-relatively obscure psychiatrist called R. D. Laing.

Born in Glasgow in 1927, Laing graduated from Glasgow University with a degree in Medicine, subsequently working in the city in his early career before transferring to London. It was through his experinces in both cities where he interviewed patients suffering from psychosis that provided the material for his first book The Divided Self in 1960. He subsequently published more books, his arguably most famous, The Politics of Experience and The Bird of Paradise, in 1967. With age did Laing become more controversial, going as far as to argue that psychosis was not a form of madness but a psychedelic voyage of discovery, inspired by his experimentations with LSD. He grew less and less credible as an expert on the field, especially with his perceived enjoyment of being a celebrity at the height of the swinging sixties and his association with the ‘anti-psychiatry’ movement (a term he disliked). What progress Laing had made to psychological studies “would have occurred without” him according to fellow psychiatrist Anthony S. David (Laing 2010, p. x).

This however does not undermine the significance of Laing’s work, particularly The Divided Self. Why this is is through Laing’s emphasis on the patient, rather than merely diagnosing and monitoring their illness alone. Rather than simply seeing one who acts bizarrely as one who must be treated under a specific form of guidelines and medication, Laing saw it as a tormented soul who was afraid to reach out for help, but wanted aid nevertheless through understanding their ‘inner self’. He was disgusted by the common and growing practice of chemical and electrical shock methods used to sedate and control patient behavior, which instead would only allow the patient to retreat to his/her ‘phantasies’ to avoid all anxiety that came with encountering the real world.

Laing therefore saw it as his ambition to remove all the mental layers of what would be deemed as ‘insanity’ to uncover a inner self within those deemed psychotic – their true self – in order to make madness comprehensive. Yet such layers were not necessarily characterised by a form of hysteria or mania, but rather a ‘false self’ that acted as a mask for their relations with the real world, preserving the inner self from the risk of ‘engulfment’ that would harm their existential autonomy. The beauty of Laing’s work is that his unique and philosophical method used to make these claims are supported by his own case studies of his patients. The following example, which is a statement by one patient who was arguing with another, is a prime example of their fear of engulfment:

What struck Laing (2010, p. 43) was that this patient appeared “sane”, but one who was “not designed to gain gratification” but instead merely sought to animalistically “preserve his existence” as he claimed. Engulfment, along with the next stages of ‘implosion’ (“the impingement of reality” that makes the individual feel “empty”) and “petrification and depersonalization” (where the individual fears “turning into stone” and so turns the other “into stone” by depersonalizing them into a thing or object as a defense mechanism) is what makes the schizoid’s ontological insecurity more prevalent.

When we talk of madness, it is merely anxiety at an extreme degree. Laing tried to prove this by moving 12 patients together into a better furnished and larger room for 18 months. They were deemed healthy enough to be released from psychiatric care after this experiment, but all later returned within a year. Laing believed this was not a fault of the patients’ behavior, but rather the world having a too toxic environment for them to be accepted in. He later experimented with this theory further through his safe haven for schizophrenics at Kingsley Hall, where they could experience their traumas without outside judgement or influence.

The extremities of Laing’s solutions could be deemed impractical, which is now the general consensus amongst psychiatrists. But it begs the question of what really constitutes madness. Is it irrationality which is beyond control, or the anxiety of a more intricate and unique personality that fears facing the judgement of society? When pondering such a question, one is instantly reminded of Bret Easton Ellis’s 1991 novel American Psycho. Whilst a satire of 1980s American yuppie culture, the book’s main character Patrick Bateman represents a deeper meaning. During the day he is a suave investment banker working in Wall Street, by night a psychotic serial killer who murders indiscriminately. He has two selves, the latter arguably his inner self. When he finally confesses his crimes, they are simply dismissed by his associates. He gains no catharsis, simply ending his narration by reading a sign saying “this is not an exit”. It is no coincidence that this is a reference to Jean-Paul Sartre’s play No Exit, an existentialist philosopher who is also referenced by Laing several times in The Divided Self.

Analysing the schizoid individual therefore is no simple task when they face a crisis for themselves when their inner and false selves continue to contradict each other. The greatest remedy, whilst a short-term one, for a schizophrenic to cease being schizophrenic is meeting someone who understands them. Laing’s interview and relationship with ‘Joan’ is a paragon of this:

“Meeting you made me feel like a traveller who’s been lost in a land where no one speaks his language. Worst of all, the traveller doesn’t even know where he should be going. He feels completely lost and helpless and alone. Then, suddenly, he meets a stranger who can speak English. Even if the stranger doesn’t know the way to go, it feels so much better to be able to share the problem with someone, to have him understand how badly you feel. If you’re not alone, you don’t feel hopeless any more. Somehow it gives you life and a willingness to fight again.”

Much like Max Weber’s sociological concept of Verstehen (“to understand” in German) of an individual attempting to relate to a cultural group different to his own by adopting its customs, our comprehension of those with peculiar mentalities can only begin by seeking to understand them.

Yet, in our era of growing tolerance and social progress, particularly towards minorities, issues with mental health are still ever more frequent. Why is this? A possible culprit is one that is responsible for many contemporary issues that had not been witnessed twenty years ago. Social media has made individuals more self-conscious about how they present themselves to the global audience found in the net. One could simply see this as a further testament of Sigmund Freud’s theory of the id, ego, and superego. Such a theory however, whilst useful, is not enough to explain the other consequences the net may have for society and its psychological well-being. By exposing our presence further, or our own ‘false selves’, to the world through social media, the more does it increase the tension of contradictions between the inner and false selves.

Laing (2010, p. 168) and another of his patients use the analogy of the inner self being in a bottle, where the latter could “feel that everything was outside and couldn’t touch me”. Yet this solution would backfire, with the false self preventing the inner self from nourishing itself from the satisfaction that comes with existence and recognition. As Laing states:

“But this turns into a nightmare. The walls of the bottle become a prison excluding the self from everything while, contrariwise, the self is persecuted as never before even within the confines of its own prison. The end result is thus at least as terrible as the state against which it was originally a defence.”

Social media and the self-consciousness that comes with it thus ironically isolates our true selves by allowing the false self to justify its existence further.

Despite Laing publishing these findings in the The Divided Self sixty years ago, the theories he proposes resonate even more today. The controversy that accompanied him, both through his personality and his proposed solutions, should not stop the world from cherishing his theories of what really determines mental illness. By understanding the causes of it can we better respond to it, whether medically or through decent human standards and compassion. The cold machine of bureaucratic medical practices can hardly be corrected through an increase in funding or in medical staff, but through a revision of how it should be conducted and what social stigmas we may have towards those it leaves behind. Maybe we need another figure like Laing to help rethink our methods.

Featured image credit: “divided self” by cdrummbks is licensed under CC BY 2.0